November 06, 2017
October was Pastor Appreciation Month in many evangelical churches, including the church were I'm blessed to serve.  But I wanted to take a few moments to express gratitude for all of my predecessors, one in particular.

When I became pastor on June 16, 2002, I was walking in the footsteps and standing on the shoulders of each of these fine men.  I have sought to honor them in both private and public.  It was my privilege to have met 6 of these men personally but it is my joy to follow each of them in service.

If you study the timeline, you will notice there was a 12 year period that included 7 pastors.  You don't have to be a theologian to know...that's not good.  That trend was slowed by the strong and capable leadership of Brother Robert Anderson who served for 7 years, a staggering tenure at the time for a troubled church.


Each of these pastors was a gifted and Godly leader.  But Emmanuel, for all of its positives, was frankly what we pastors call a "preacher eating church."  I do not mean to offend anyone who served here during that era.  But facts are facts. 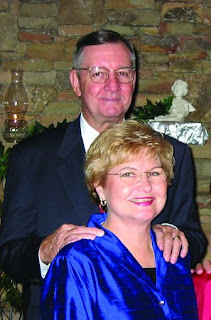 In the 1980's, our pastor, Dr. Phillips led the church through what we should honestly call an old-fashioned "church split."  In a called conference to issue a vote of confidence, Brother Carroll literally survived the pastorate by a margin of ONE.  I do not recall the exact number of ballots.  But it takes the power of God and the help of the Holy Spirit to stay after you've been retained by a vote of 50% plus ONE.

I am told that numerous leaders resigned on the spot and walked out in protest.  As in most church splits, good people were on both sides.  Some were innocently caught up in the fray. But some were as mean as a junkyard dog.

One thing happened in the aftermath of that split.  Emmanuel made a collective decision to be guided by God's Word and to be led by God's leaders that had been affirmed by the congregation.  In short, we became a pastor-led, deacon-served, congregationally-approved church.

There have been challenges in my pastorate but nothing like what Dr. and Mrs. Phillips endured.  I stand as a pastor on ground he won.  I can sleep most nights because of times he tossed and turned in the heat of battle.  I can enjoy leadership meetings because of the difficult ones he endured.

Everything, and I mean EVERYTHING that God has done at Emmanuel in the last 24 years since he resigned is a testament to his faithfulness as a pastor.

This past Thursday, my beloved predecessor stepped into the Lord's presence.  And on a night where the church honored me, I felt it was appropriate to honor him.

In our family devotional last night, I recounted this narrative to my four children.  I told them that they've been greatly blessed by the ministry of a faithful man they'd never even met.  Having just preached from Deuteronomy 6, I felt a little bit like an ancient Israelite father recounting to his children the stories of God's provision in years past.

In a special 2004 edition of The Blackshear Times celebrating a milestone for our church, our long-time administrator, Tommy Lloyd, said, "There will be a special jewel in Brother Carroll's crown one day for all he endured."   Well, that "one day" has come.


And on this day, this preacher wants to honor Dr. Phillips' legacy as well as the legacy of all the other men listed above.  To each of you, and to faithful preachers everywhere ministering in difficult places, thank you for being steadfast and immovable, always abounding in the work of the Lord, knowing that your labor for the Lord is not in vain.


Rest in peace, my brother.  And know that your memory is cherished in Blackshear in the midst of a church you deeply loved...and in the heart of a pastor who realizes he is blessed to stand in your footsteps. 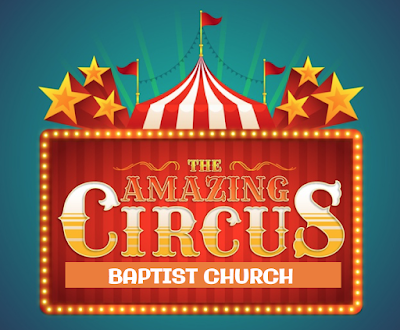 The following article, "The Day the Circus Came to Church" was originally published in the summer of 2009 by Dr. Don Hattaway, current pastor of First Baptist Church, Douglas, Georgia.
“Ladies and gentlemen, children of all ages, welcome to the greatest show on earth!” These are the words enthusiastically announced to the crowds that attend the Ringling Brothers and Barnum & Bailey Circus. Excitement fills the air as the entertainers enter the arena. Clowns, jugglers, tumblers, bicyclists, and animals of all sorts march before the cheering fans. The smell of popcorn and cotton candy waft their way through the onlookers.The music is festive and exciting. Suddenly, the ringmaster captivates everyone’s attention by introducing one of the many acts that the spectators have come to enjoy. One amusing show after the other is dramatically performed before the captivated audience. The crescendo of excitement continues to build as each spectacle proves to be more thrilling than t…